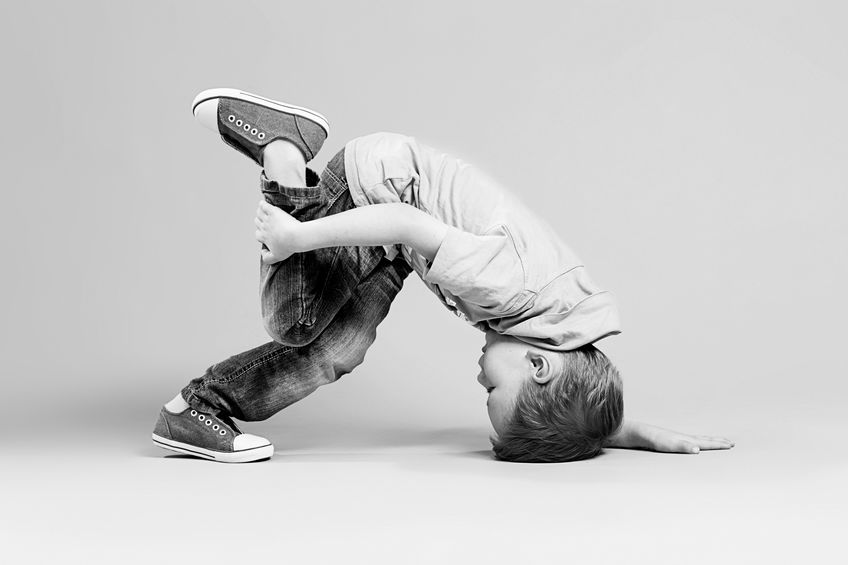 While we each have some inherent skills or abilities, in fact, little proof exists that we are born with that elusive thing we call “talent.” An in depth look at story after story of the most talented people shows that most, if not all, achieved their success by following their passions and interests and spending untold hours perfecting their skills. They worked hard. They practiced until they got good enough to succeed.

And some didn’t have skills when they started out. They just had a desire to have those skills and a willingness to work hard to achieve them.

This is true of almost every dancer I know. Even if they started out with some talent, what makes them great is how hard they work every single day to improve their craft. It may look easy to the audience, artistic director, or even other dancers, but, in fact, it’s not.

Actually, the dancers who make it look easy worked damn hard to create that illusion.

Just read Outliers: The Story of Success by Malcom Gladwell if you don’t believe me. In this book, Gladwell takes an intellectual look at what he calls the “outliers” of the world, or the best and the brightest, the most famous and the most successful. He asks the question: What makes high-achievers different?

The book explains that there are software billionaires who simply had thousands of hours of access to early mainframe computers during high school or college years; that’s what made them phenomenal programmers. And there are great soccer players who got different opportunities than their counterparts simply because of the year or month in which they were born (even if they started out with some physical ability). Gladwell even explains why Asians are good at math, demonstrating how their language, rather than intelligence, is at play.

Improving Your Chances of Success

Take away the information about culture, family, generation, and idiosyncratic experiences, and what that means for you (and for me) is that we can make ourselves successful whether or not we feel we have talent. All it takes is practice. Of course, having a bit of talent or skill to begin with helps, but many hours doing the thing we want to be good at can make us successful.

When I think back to the amount of time my son, Julian, has spent in the dance studio—from the time he was three years old until 25—I’d hasten to bet he’s at a tipping point. How many times has he (or you or your son) done a tondu or pirouette? How many times has he placed his feet in first position or second?

In Outliers, Gladwell repeatedly mentions the “10,000-Hour Rule,” and claims that the key to success in any field is, to a large extent, a matter of practicing a specific task for about that many hours. Researchers at Michigan State University decided to study this theory by looking at how musicians and chess players advance in their careers. Now, they concluded that only 30-34% of success relied on hours practiced. Yet, that’s still a significant percentage. Imagine if you increased the time you practice something you’d like to be good at—like ballet—by 30%. You would significantly increase your chance of succeeding at it.

And that’s really the point.

K. Anders Ericsson, professor of psychology at Florida State University, whose research originally characterized the 10,000-Hour Rule, took another look at the data and said he has seen no convincing evidence that brain-related genes put an absolute limit on expert performance. Other researchers, such as Scott Barry Kaufman, assistant professor of psychology at New York University, says the debate is really one of priority. While innate talent plays a role in proficiency, so does training to hone that talent. He mentions that even memory plays a part in success, but that can be improved with practice as well.

Despite any debate, Kaufman noted that practice accounted for four times (roughly 30%) more variance that memory, which just stresses the point that if you practice something, you increase your chance of succeeding at it. (To read more about these studies, click here.)

So, if you want to be a successful dancer…practice. Then practice more.

No matter if we believe we have the talent or the physical or mental attributes necessary for success, we can decide to put in the hours to get good at what we want to do. Each of us is afforded the opportunity to practice for success—and to become successful because we did so—rather than to blame our failure on a lack of talent.

Don’t use lack of talent as an excuse for not becoming a world-class dancer. Many a dancer didn’t start out as “talented” as the others but practiced harder and longer. You can do the same. You don’t have to remain imprisoned by your belief that you are not good enough or as good, and you can set out to become as good as you want to become.

Even the best in their field still practice and train. Tiger Woods still shows up at a match with his trainer. I know business people earning millions of dollars each year who hire personal coaches. Sports teams continue to practice daily. And dancers like Marcelo Gomes, Ángel Corella, and Federico Bonelli (just to name a few) go into the studio daily and take class, meticulously practicing the same moves they’ve rehearsed since they began to dance years and years ago.

Mastery is a never-ending process, but it’s required if you want to succeed at anything—including dance.

If you would like to find out more about becoming a high-performance dancer, check out the High-Performance Dancer Group Coaching Program.

Don’t wait! It’s your time…now…to become a world-class dancer as well as to level up so you can achieve your potential, fulfill your purpose and live your life fully.